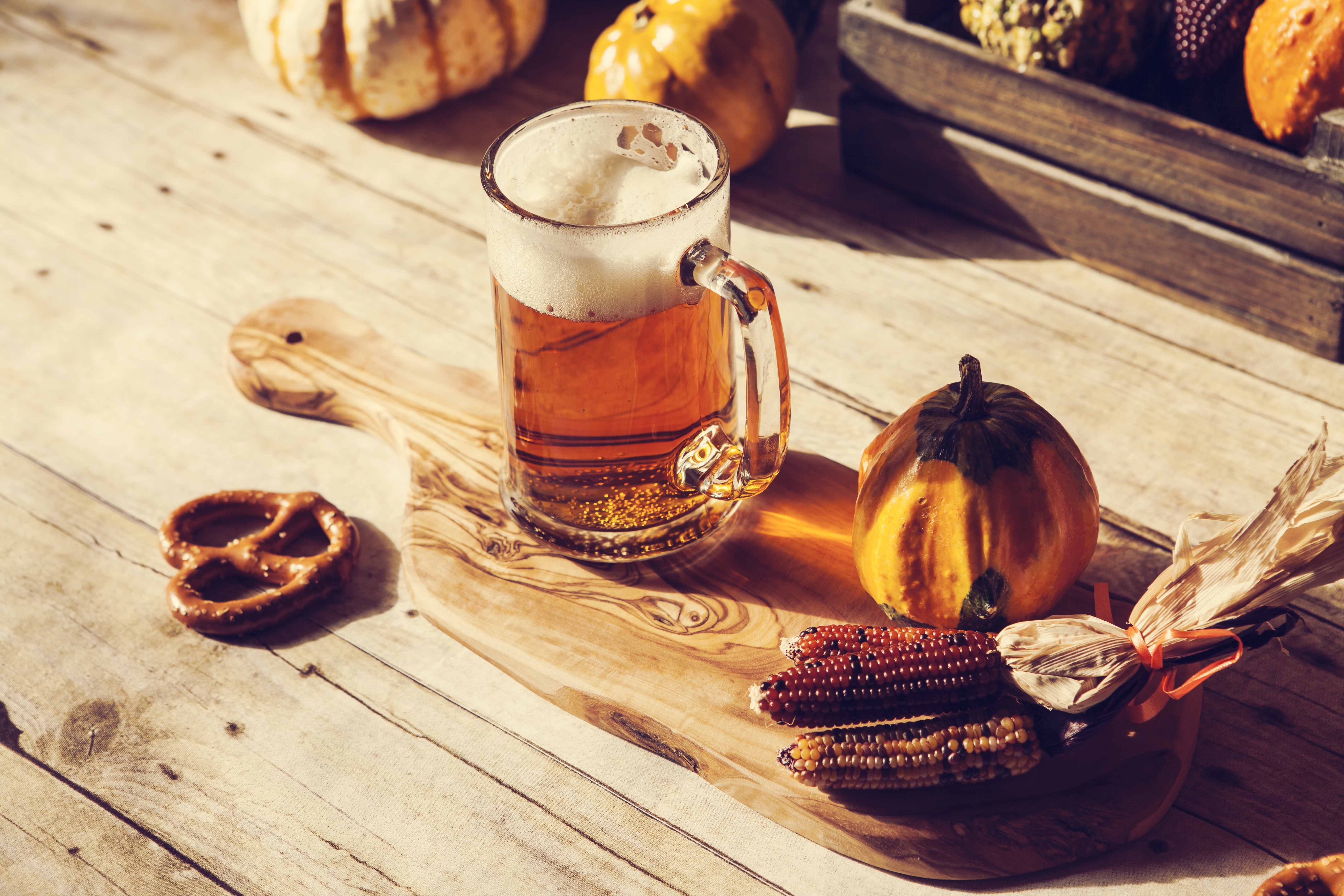 The fall months are about cooling temperatures and great seasonal fruits and vegetables that influence fall flavors. When it comes to beer flavors and favorites, there is a shift from lighter citrus brews to darker ales and lagers. You will also find a range of pumpkin flavored options, but fall beer flavors go beyond just pumpkin. Here are just a few craft beers that are inspired by fall flavors and may be worth adding to your own menu:

Sierra Nevada Oktoberfest - Sierra Nevada is a well-respected brewery that continues to produce German-style beers while also demonstrating a true love for the environment and their products. If you can't make it out to one of their Oktoberfest events to sample some beers, try their Oktoberfest beer. It is a popular medium-bodied beer with the right combination between a rich, malt flavor and spicy hops. There is plenty of flavor packed in this popular craft beer.

Deep River Joco White Tater - Not only is this beer fun to say and order, it is a great representation of fall in the south where sweet potatoes rule year-round, but become especially revered during the fall and winter. This Belgian Dubbel also includes toasted marshmallows, spices and dried fruit for a medium body beer that offers a mild bitterness.

Dogfish Punkin Ale - If you are a fan of pumpkin beers, be sure to try this creation from Dogfish brewery, located up in Delaware. Those who enjoy a solid craft beer are probably already familiar with this company and will like this ale. It has all the flavors of pumpkin, brown sugar and spices you would want from fall beer that is great to fill you and your customers up on a cold night.

Noda Gordgeous - If you are keeping track, this is another creation out of North Carolina, which has managed to beat out Michigan in recent years as the best state for craft beers. Noda has quickly earned a National reputation and the Gordgeous is a great example of their work. This pumpkin ale includes shaved ginger root and whole-seed spices. The attention to detail when it comes to ingredients shows through in the warm flavor of the beer.

Founders Harvest Ale - While other brewers are all about the pumpkin during the fall, founders created a beer that features the great hop. This harvest beer offers a bright and crisp IPA for those who can only stand so many porters during the fall. If you love fall flavors and IPAs, then this beer, with its fresh pine taste laced with hints of melon and citrus is about as hoppy as it gets.

Six Point Brewery Autumnation Ale - This is another example of an IPA made from wet-hopping, which is only possible one time a year during the harvest season. Instead of relying on dried hops, these beers are brewed with fresh hops and infused with plenty of other fall flavors. The end result is a powerful a hoppy, piney beer that also has citrus and berry flavors. it might be a little harder to get a hold of this beer if you want to serve it up at your bar, but it can be well worth the effort.

Take advantage of fall flavors and offer up some well-balanced craft beers to your customers over the coming months. They will appreciate the seasonal fruits, vegetables and spices that go into these creations and might even learn a little more about the brewing process. There are plenty of choices out there. Do some of your own taste testing and add a few to your bar's rotation.