Liquor control systems vary in techniques and methods but the ones that work best identify the differences between units used and units sold, otherwise known as variance.

Variance reports allow operators to identify where they are losing product and how they can make improvements. However, not every operator that uses variance reports is successful in eliminating losses to shrinkage.

In fact, there are many operators that have extremely sophisticated bar inventory control tools that still suffer unnecessary losses. The tools by themselves are clearly not the only answer. 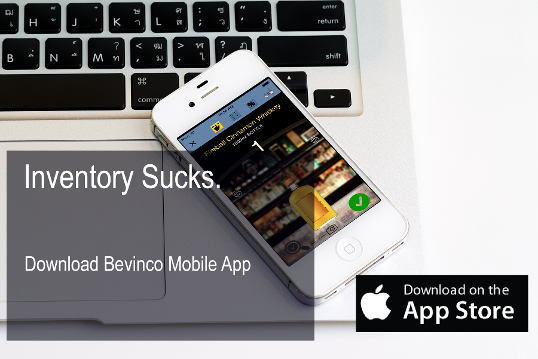 The key difference between an operator that is successful in eliminating variances boils down to how they manage their staff. After all, a variance report is only a tool. In the right hands software for bars can save a fortune in lost product. However, in the hands of some operators, it is simply a validation of how poorly their business is operating.

Zero-variance operators have a certain mindset that allows them to use variance reports to their maximum effectiveness. How a person thinks determines the way they manage, and therefore directly affects the amount of inventory losses they have.

The 3 major, observable commonalities of a zero-variance operator are:

A zero variance operator has no problem voicing their disappointment with even the smallest mistakes in search of higher levels of performance.

Tony Parker, the 4 time NBA champion with the San Antonio Spurs, mentioned in an interview that playing under Coach Greg Popovich was difficult because of how much he yelled and screamed at him for every little mistake.

After winning their first title in 2003 during Tony’s sophomore season, he mentioned how Popovich was too harsh in his criticism of his play during the year. This was AFTER winning the title, a feat the majority of players never reach. Even after the victory celebration, Popovich still let Tony know where he was making mistakes and needed to improve during the off season. Popovich never let him off the hook. He never stopped challenging his key players.

Many sucessful restaurant groups operate like this as well.  Some people perceive this style of management to be too harsh, but it is the hallmark of a strong employee if they can take constructive criticism from the owner, and make improvements quickly based on the feedback they receive.

If an operator receives a variance report and sees that they sold 1500 bottles of beer throughout the week but was short -21 bottles, they can react to that information in two ways.

By looking at the overall variance in percentages, 21/1500 = is 1.4%. Now that’s ONLY 1.4%, and most industry operators will try to stay within 1-2% as a benchmark for acceptable shrinkage range. They celebrate their teams over getting most of their stuff rung in, and getting a variance report that was pretty good. They ignore issues with alcohol control because they don’t want to offend anyone and ruin the celebration.

Simply put, they have lower operating standards, which results in consistent shortages in inventory and a tremendous amount of lost sales. It is common for this type of operator to see no corrections made by the team because the message that is communicated to the staff doesn’t point them in the direction on how to improve bar control.

However, zero variance operators look at that 1.4% and see a catastrophic mistake. At cost those 21 beers are worth approximately $40, and retail value somewhere around $100-$130 depending on what the average price of a bottle at retail. They see a mistake that is worth about $6000 of lost revenue and an unnecessary $500 bill a year if its repeated every week. When they tell their teams how they did on their variance reports, it is always about the 21 missed beers. The 98.6% of them that got rung in don’t receive any credit. It’s the 1.4%...the $6,000 mistake, the unnecessary $500 bill, and the consequences that will occur if the mistake is repeated again. THAT is what their teams hear.

No One Is Irreplaceable

Operators with large variance problems tend to fire people very slowly, warn people very little, and as a result, are not respected by their staff. There are many contributing factors that lead to this erroneous decision making. However, the largest culprit by far is the relationship the owner has with their staff.

Operators who have out of control staff tend to refer to their staff as family, close friends, and people “who would never do that”. They live in a constant state of denial that people in their employ would ever betray their trust.

However, the evidence across the industry shows a much different story.

In an article by Food Service magazine published in 2014, an examination of industry trade group studies showed that prior to implementing liquor inventory control programs, the average bar loses 10-20% of their inventory to shrinkage. That number increases to 18%-30% for draft beer due to foam and other keg related issues.

That evidence alone should be enough to change the mindset of an operator that refuses to fire staff that are contributing to inventory shrinkage. However, it is near impossible to ask an operator who has a pre-existing relationship with their uncooperative staff member to confront them, and terminate their employment when those mistakes are repeated.

A zero variance operator is always watching their numbers, and their level of concern slightly borders on the edge of paranoid.

Most operators have been stung before from people who steal. This deep emotional hurt tends to make operators realistic about liquor control procedures.

Sometimes they may not enjoy having to institute stringent inventory policies, but they know it is something they must do regardless of their feelings.

Once inventory audits are a regular part of operational procedures, zero variance operators never let their guard down, even if their variance reports come back reporting no losses. They are always watching, nothing gets by them, and everyone that works for them knows it.

Zero variance operators embrace the level of detail good bar software provides and they investigate everything that is suspicious. For example, when a zero variance operator receives an itemized variance report, which lines up every different kind of liquor, bottle of beer, bottle of wine, and keg of beer with their itemized sales, they will go through every little variance that is negative and seek out an explanation as to why that product is short.

These operators will ask their managers for an explanation, recount inventory, re-examine drink mixes tied to POS sales, and look at prior variance reports to see if anything was missed during the last audit. If after all those steps no explanation can be found, they report the variances are unacceptable and immediately turn their attention to which staff member could have done it.

When that person is found they are informed and immediately reprimanded if it is a severe loss. This level of persistence and investigation is what creates a zero-variance environment.

How consistent an operator is in auditing inventory greatly contributes to how many variances they have. Operators with extremely high sales volume may audit inventory daily. Operators in the mid range typically go weekly. Operators of businesses with sporadic sales like non-profits and event halls may only audit as business occurs. The idea is that when audits are a regular part of the business, staff become conditioned to working in an environment where they cannot get away with making mistakes with inventory. The consistency creates successful work habits that become engrained in the culture of the business.

Zero variance operators also look at every angle where variances can occur, and take steps to mitigate them so they are not a factor.

For example, one area owners can see shrinkage is during the delivery of product. Zero variance operators check off the items on the invoice with the delivered product, and make sure that everything that is supposed to be delivered has arrived.

If anything is not there, the vendor is immediately notified and arrangements are made for either a credit or the product being sent. This is an area that unfortunately, most owners are too overly trusting in, and simply take their vendors invoice as their word. However, there are always situations where vendors fail to deliver everything that is invoiced. If it is not caught during the actual delivery, it makes it much more difficult to talk to the vendor about it.

We are often asked, What is a Good Pour Cost?